What is Corporate Social Responsibility and Why Does It Matter? 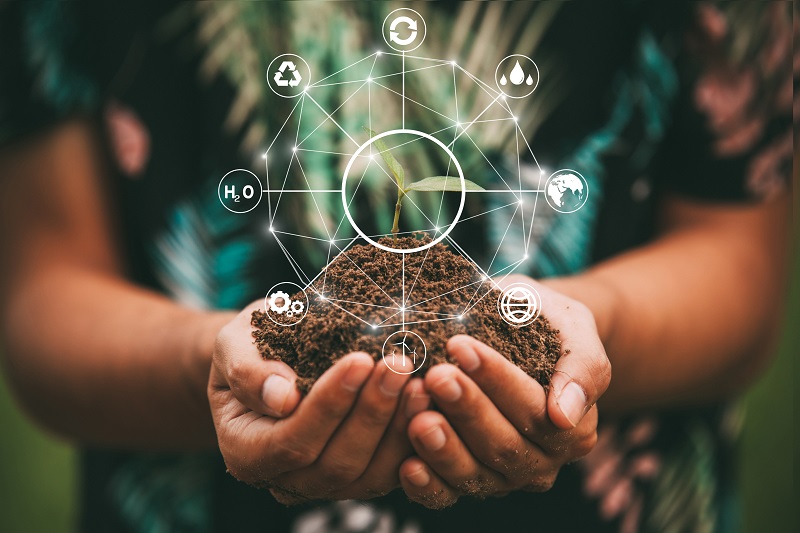 If the last several months have taught marketers anything, it’s that communicating effectively with your customers and employees is more important today than ever before. Particularly in moments of social unrest, uncertainty, or profound change in an industry or in society, effective, authentic communication – backed by meaningful action – can make all the difference between successfully navigating the shift or finding yourself lost at sea.

Here, we’ll discuss customer expectations today, explore the good and bad of corporate messaging, and explain why many corporations are no longer choosing to remain neutral.

The Importance of a “Social Component” In Business

For many years, a social element has been an important part of brand messaging and a company’s mission. Watch any episode of Shark Tank, and you’ll see that the “sharks” prefer to invest in companies that give back in some way, and they’ll even invest in a weaker company if they truly believe in what the entrepreneur is trying to do.

Daymond John, one of the “sharks,” even spoke on this topic to Business Insider, saying, “Nowadays you shouldn’t have a company that is not contributing in some fashion or form or sense to a cause, because the people today who buy a product, they want to know what have you done for somebody else lately.”

This thought is supported by the numbers:

John attributes this shift to the “combination of transparency and choice that the internet has fostered, with the maturation of millennials into society’s most influential consumers.” The main idea, as he explains is that “At the end of the year, you don’t have to give $5,000″ to charity. You can say, ‘Every item on my body has given during the course of the year, and I keep giving.'”

Importantly, though, it’s not just millennials and Gen Z that have been driving this shift

And it makes sense. After all, many of the issues that we face as a society are global in scope and structurally complex. If our businesses – which make up the backbone of our economy and largely set the tone for how we relate to consumerism – don’t set the tone, it will be nearly impossible to change.

Make no mistake, though – for many businesses, this social bent isn’t just good for the soul – it’s also good for revenue.

Until recently, though, this was largely seen as a “nice-to-have” or a “preferred-to-have,” quality. Customers wanted to buy from businesses that are doing something good, but they wouldn’t shun a company that was founded as a more “straightforward” business.

They also didn’t expect businesses to take an active stance in hot-button issues like politics, violence, drugs, or even the coronavirus pandemic. Indeed, Nike came under intense scrutiny for its 2018 marketing campaign, which featured the quarterback Colin Kaepernick telling viewers to “believe in something, even if it means sacrificing everything.”

This has largely changed in the aftermath of George Floyd’s murder and the face of the Black Lives Matter movement. Customers are now holding companies’ feet to the fire, asking not only for public support of the movement and public pledges to become better allies, but also larger changes in their corporate structure, accountability, and transparency in the shifts they’re making in the face of troubling statistics and truths:

And this is just the tip of the iceberg. The message to companies in the face of such numbers? You will do better. You will be better. And you’ll show us the proof.

And many companies – including previously neutral giants like Starbucks, Youtube, and WarnerMedia brands – have navigated these new waters with varying degrees of success.

The Balance Between Authenticity and Getting the Job Done

A glaring concern as companies begin to speak out is that they are inauthentic or reactionary in their solutions. In fact, 56% of consumers say that too many brands are using societal issues simply as a marketing ploy.

And indeed, many recent efforts have been seen as such. ABC, for example, announced the first black Bachelor in 18 years abruptly amidst the Black Lives Matter protests, and former Bachelorette Rachel Lindsay (the only black bachelorette) echoed the sentiments of many on her podcast when she stated, “It’s great to see it. Love to see it. But it doesn’t make me feel as if you’re really taking into consideration what it is we say when I say systemic racism. The internal, embedded, deep-rooted issues in this franchise where it needs to change structurally. What are you going to do with that?”

Similarly, many criticized Blackout Tuesday – a movement during which white content creators all “remained silent” on social media so that black voices could be amplified – as self-serving and counterproductive, especially when the black squares that supporters posted in solidarity completely flooded the world’s news feeds and pushed important messages out of sight.

In short, there’s a sense that many are participating in damage control or the performative perception of “doing the right thing,” rather than enacting meaningful change or showing genuine interest.

An Increase in Corporate Transparency

A big part of the problem here is that many companies are fervently speaking out without the track record to back up their statements.

When JPMorgan Chase’s Jamie Dimonm for example, quickly took a knee in solidarity, critics were quick to point out that the bank has recently two large discrimination lawsuits (one with six black employees and the other with the U.S. Attorney’s office over widespread discrimination in loaning practices).

The answer, according to many? If you’re going to speak out, make sure you can back up your words with meaningful and aligned action, and that your mission, vision, and values reflect what you’re trying to express.

And many companies have done exactly that. Clothing company Reformation, for example, has pledged to make profound, lasting shifts in how it’s run. First, the company acknowledged its shortcomings in a candid Instagram post from founder Yael Aflalo, stating in part:

Our mission is to bring sustainability to everyone, and part of sustainability is treating people equally. I realize that I have failed all of you in that regard – especially the Black community. I’m sorry [….] As a company, we have not leveraged our platform, our voice, and our content to combat the racism and injustice that pervades our country, and that will change, starting now.

In a subsequent post, the company even went so far as to post its diversity data and pledge to remain transparent as they make changes and move toward equality in their goals and metrics.